When in Rome, do as the Romans do!

In Croatia, every day is market day. Despite the existence of large supermarkets and huge shopping centers, Croatians are still most likely to use their lunch break to pop to the market and buy fresh ingredients for dinner. Thus, practically every neighborhood in Zagreb has its own market. Going to Dolac, the biggest market in the very centre of Croatia's capital, is a mandatory part of the Saturday morning ritual of all Zagreb denizens. Markets are much more than fruit and veggies, of course. Splitski pazar offers ready made food and much more. Within the markets there are also excellent fishmonger's in all coastal towns, those in Split and Rovinj being the most famous. The legendary Britanac (a local nickname for the Britanski Square)in Zagreb hosts an exquisite antique fair on Sundays.

An aromatic plant that grows in numerous Dalmatian islands can be used in a myriad of ways. For baths, just like the ones ancient Romans enjoyed, but also as an ingredient of lovely, if a bit unusual cakes. Croatians love to put dried lavender in closets to drive away moths. They also have a habit of putting it in pillows to ensure a good night's sleep.

The most popular spirit in Croatia has its own story in every Croatian region and on every island. So, on the island of Hvar you will drink mrtina, a brandy made from myrtle while on Korčula and in Dubrovnik, they will offer you anisette, an anise brandy. In Dalmatia it is customary to offer travarica, a herb-flavored grape brandy, and dried figs to all guests entering the house as a sign of welcome. If you were wondering what all those mason jars filled with liquid and walnuts were doing sitting in the sun on balconies up and down the coast, the answer lies in the Dalmatian walnut brandy. In Istria they will offer biska, a mistletoe and herb brandy, as well as medica, a brandy made from honey. Some Croatian regions will use autumn fruits to make their brandies. The most famous one among these, known even outside Croatia, is the Slavonian šljivovica made from plums.But dunjovača, quince brandy from Lika and the blueberry brandy from Gorski kotar called brinjevac are just as popular in Croatia. Of course, one cannot leave without trying brandies made from apples and pears.

A richly decorated, red heart-shaped cookie with a small mirror in the middle is one of the most popular original Croatiantraditional souvenirs. This national symbol was entered into UNESCO's Intangible Cultural Heritage of Europe List. Young men used to give one to girls as an expression of love and interest.

In ancient times in Dalmatia, hunters and blacksmiths were the most honored among  craftsmen as hunted meat and grown vegetables were the only food sources. Today, the prosperity of contemporary life and tourism has shifted the focus to other crafts. The stonemasons of Brač are especially famous for their craft in working the breathtakingly beautiful white marble which can be seen decorating some of the most important buildings in the world, from the Diocletian's palace in Split, the parliaments of Vienna and Budapest to the American White House. Olive oil soaps with local herbs of Brač are a favorite among all who have tried them.

Even today, despite the immense professionalization of singing, the traditional a cappella signing by men and women in groups called klapas is a normal sight along the entire Croatian coast as well as on the islands. In taverns during winter, out in the open, on the streets and in the squares in summer, traditional klapa singing is a way of celebrating life as well as enjoying it.

The tie as part of regular men's attire may have spread all over Europe from the world fashion centre, France, but Croatian hussars were the ones who brought it there in mid 17th century while serving king Luis XIII. At the time, the cravat was part of their uniform and the name the necktie bears today in French, Croatian and some other languages, comes from the French word used to describe – Croats! What connection there is, if any, between the French colloquial expression for arresting someone, expressed by the verb cravater, which usually means to put on a tie, and the Croatian soldiers taking part in the Thirty Years' War, we can only guess.

You cannot teach true art, but it is nonetheless something every human is capable of creating. This was proven by the Naive Artmovement that emerged all over Europe at the beginning of the 20th century. In Croatia, it reached peak popularity in the thirties with the Hlebine Naive Art School, when the painter Krsto Hegedušić started doing oils on glass with peasants. This is how Ivan Generalić and Franjo Mraz became two famous self-taught painters.

The Slovenian pletna is a wooden flat-bottomed boat with a pointed bow, a wide stern and a colorful awning after which it is named. It is propelled by a standing oarsman using two oars. Sailing in this traditional manner is an excellent way to visit the Bled Lake, one of the most popular sites in Slovenia.

Cakes in Croatia are not just a simple dessert. On Sundays, in the evenings or when celebrating something, it is customary to go to a cake shop. In every town, no matter how small, you will find at least one legendary cake shop, a few legendary cakes and amazingly tasty ice-cream.

Have a go in the kitchen

To get to know the cuisine of any country it is best to simply try your hand at making its food yourself. The traditional way to make a soparnik – from the cleaning of chard to the early morning building of the fire, from the skill needed to manage tiny embers that go directly onto the dough to knowing how to pick the exact right moment to pierce the dough and how to clean ashes when it is done – is an excellent way to immerse yourself in local living. In Eastern Croatia, you can join a grape harvest,on the islands you canenjoy olive picking, while in the north you can try your hand at the delicate task of pulling dough instead of rolling it to make štrukli. 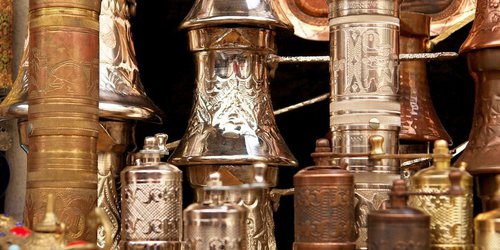